After a couple months of detoxing from my last foray into kaliyuga accelerationism, I paid a visit to the ol’ kaliacc carrd, this time greeted by a 404 error. It looks like the old Discord invite, as well as the kalichan image board, are down. RIP kaliacc?

But there is something interesting on an archived version of the carrd: some massive updates to remilia.org.

Unfortunately I have to be the one to tell you: it is the landing page of some kind of art collective with three different NFT projects underway, and two potential ones to come.

The biggest by far, the Miladys of Milady Maker, are going for about 1.1 WETH a pop at the high end, or around $3300. According to OpenSeas, the Miladys are worth a 90 day volume of over 3367 WETH – over ten million dollars. It looks like there are a couple of Miladys selling a day, generating thousands of dollars for the folks over at Remilia.org.

While not the most popular NFT in the world, they are being traded relatively frequently, and a quick Twitter search shows they have a niche popularity among NFT owners and traders.

The current remilia.org looks like a cute venture into NFTs, but taking a peak through the history of the URL you’ll find it used to be a landing page for the collected writings of kaliacc head honcho Miya. The place is full of disturbing, creepy images of the pseudonymous Miya, the supreme prophetess of kaliacc. Or rather, they are full of edits of the mugshot of Siyuan Zhao, a former architecture student who stabbed a woman in a Miami art exhibit. Zhao was deported back to China following a guilty verdict half a decade ago. 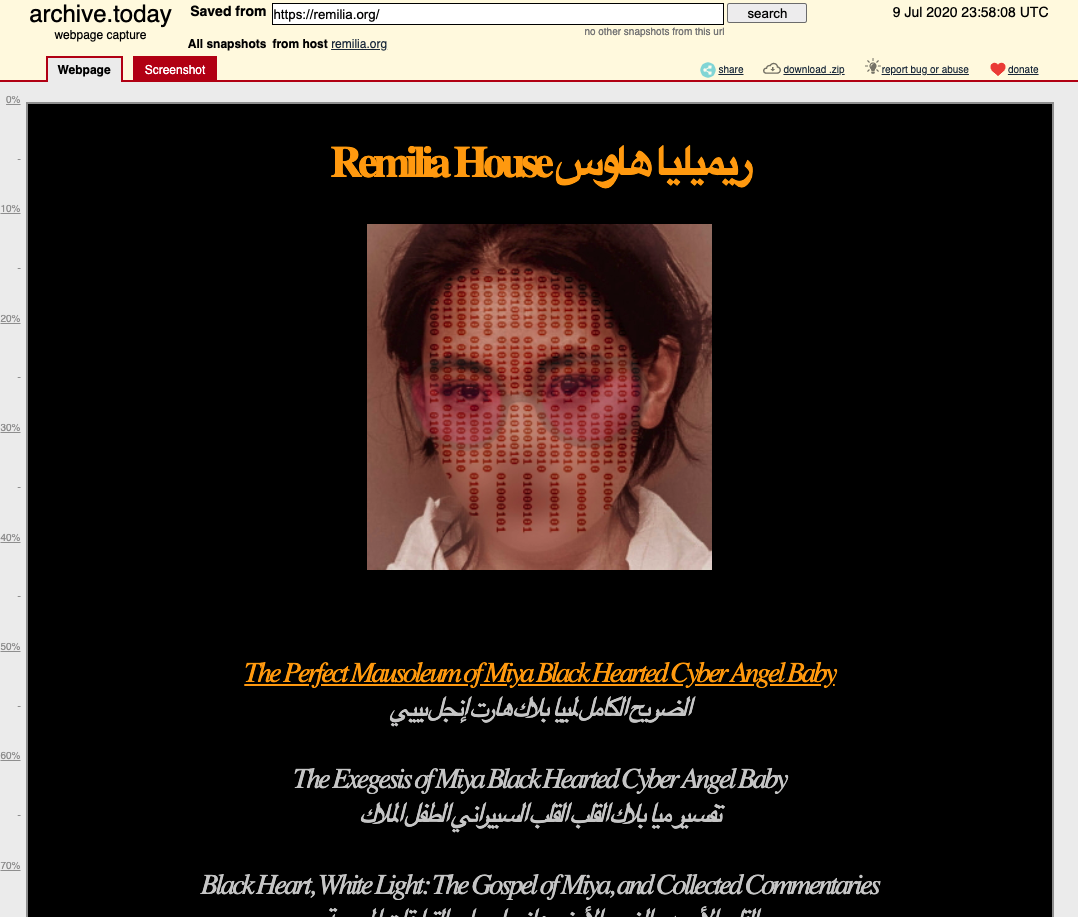 Following the incident, Zhao was venerated on some corners of the web for being an archetypical female psychopath, not unlike Anna Delvey, or Elizabeth Holmes. (Not saying Delvey or Holmes are violent stabbers, but the way they are venerated by self-proclaimed sociopathic women is quite similar)

Tracing the line from kaliacc to Milady Maker was incredibly simple, thanks to Miya/Charlotte Fang/Charlie’s reuse of their website.